New York Law School J.D. 1985 Admitted to New York State Bar. Harold has over Thirty-Three Years of experience in all aspects of complex Landlord-Tenant Litigation which includes Administrative Proceedings, Appeals, and Article 78 Proceedings in Supreme Court. Areas of concentration are Commercial and Residential Holdover and Non-Payment proceedings in which he has extensive trial experience.

Cornell University BS Industrial and Labor Relations ‘89, Albany Law School JD ‘92 Over 25 years of experience focusing on all aspects of landlord-tenant, real estate and commercial litigation. Appearing in court on a near-daily basis primarily in The Bronx. Argued cases before the Appellate Division and Appellate Term in the 1st and 2nd Departments. Prior to joining the firm in 2016, member of the firm of Lazarus, Lazarus & Winston. Admitted in NY and federal practice in the Southern and Eastern Districts of NY.

New York Law School JD 1983. Admitted to New York State Bar. Ms Hotaling joined the firm of Cohen & Ehrenfeld in 1984 and later became a senior partner at Cohen Hurkin, Ehrenfeld, Pomerantz& Tenenbaum where she was involved in Landlord -Tenant litigation in all boroughs of New York City. In addition she has regularly appeared before various City agencies and represented clients in Supreme and Civil Court actions. Ms Hotaling has represented clients in residential closings and business transactions. She is a member of the Brooklyn Bar Association. She has had extensive trial experience during her career.

Daniel J. Pomerantz is a principal at the firm. Prior to him becoming a member of Novick Edelstein Pomerantz, P.C., Mr. Pomerantz was a senior partner at Cohen Hurkin Ehrenfeld Pomerantz and Tenenbaum, LLP. Mr. Pomerantz primarily appears on behalf of the firm in the Queens and Westchester County Courts just as he has on a nearly daily basis for over two decades.

A member of both the New York and New Jersey bars since 1999, Mr. Pomerantz has litigated hundreds of cases at both the trial and appellate levels. Several published and cited cases include QPII 143-45 Sanford Avenue LLC v. Eric Spinner, from the Appellate Division dealing with authorization of predicate rent demand notices, L&T East 22 Realty Co. v. Ana Earle, dealing with the application of rent arrears, and Vorillas Properties LLC v. B.M.G. Bagels dealing with Yellowstone injunctions and demolition clauses in commercial leases.

Mr. Pomerantz is often sought out for advice on landlord-tenant matters by the bar. He has his J.D. from Brooklyn Law School and has a B.A. in Accounting with a minor in Honors in Business from Queens College of the City of New York.

Brooklyn Law School, J.D. 1976, Brooklyn College of the City University of NY, B. S. 1968, Long Island University M.S. Taxation, 1972; admitted to New York State Bar. Mr. Reisman is admitted to the United States District Court for the Southern and Eastern Districts of New York. He was licensed as a Certified Public Accountant in 1976.

Hofstra University School of Law, J.D. 1988. Admitted to New York State Bar as well as the United States District Courts for the Eastern and Southern Districts. Mr. Zim is also admitted to the bars of Washington, D.C. and New Jersey. The emphasis of his practice is complex Real Estate Litigation, Landlord-Tenant trial work for both commercial and residential matters, Real Estate transactions and Closings involving 1031 like-kind exchanges, commercial, multifamily and residential real estate. Mr. Zim is Vice Chair of the Landlord-Tenant Committee, Queens County Bar, and Secretary of the Queens County Housing Court Bar Association. He is on the Queens County Bar committees for Judicial Relations, Supreme Court and Civil Court, and a member of the New York State Bar Association and the American Bar Association. Mr. Zim was an adjunct professor with New York City Technical College. He has been the prosecuting attorney for Atlantic Beach, New York since June 1989. 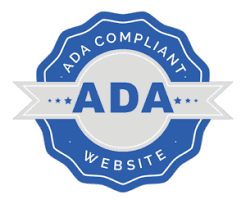